Equipment and Materials used – The Chemicals

There are not too many options when it comes to chemicals, or should I say developers. A small amount of research, especially now there is so much information available on the internet will tell you which chemicals are available. Most of them have reasonably specific properties and characteristics and work in certain combinations with certain films or papers.

I chose HC-110 to develop my film because it was apparently slightly more forgiving and flexible, increased the contrast slightly and also the grain. It really is a case I think of finding one that works for you and sticking with it and learning all about its foibles and characteristics. Especially with film developers – you can’t redo it if it goes wrong.

I tend to use mine at between 21° and 23° centigrade and keep it in for about eight minutes, depending on the nature of the photographs I am developing. For example if I am photographing in the snow I tend to like my negatives slightly heavier than normal. Or if it was low light and I know I am a couple of stops under exposed I will keep them in for up to perhaps fifteen minutes. On the whole though, I rarely go above nine minutes or below seven and a half.

I shake the film in the chemicals vigorously for the first minute or so, then for about thirty seconds every minute after that. The more vigorous you are the greater the contrast and grain in the film. Apparently. Though this also depends on the music I am listening to and, strange as it sounds, I try to just follow my nose and instincts rather than a strict set formula. Which is why I use such forgiving chemicals and materials.

The paper developer, Agfa Neutol WA, is known for encouraging the warm tones in the papers which is something I like, so for me it was a simple choice. The main three papers I use or have used (Agfa Record Rapid, Kodak Ektalure and Fomatone 532-II) are all warm toned and are well suited to Neutol. Again, it’s worth getting to know a chemical’s characteristics rather than chopping and changing it all the time. I can now sense the Neutol’s development curve, when to take it out for the best effect and how it works when it is warmer or cooler.

As far as the fixatives are concerned, I think they are all pretty much the same. I use Ilford Hypam, but I am sure any will do the job. The same applies for stop baths. In theory you can just use lemon juice, but the main thing is you keep the stop fresh and change it regularly. I do not use a stop bath for film, I just rinse it four or five times in water.

Finally, with both paper and film, the longer you rinse them in running water the better. 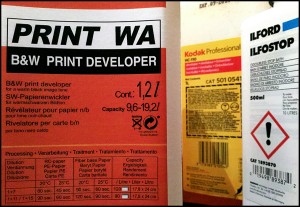 Equipment and Materials used – The Chemicals 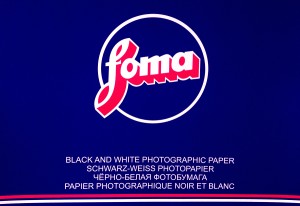 Equipment and Materials used – The Paper

Fomatone 532: Welcome to the Family 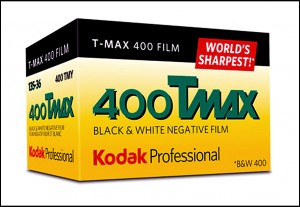 Equipment and Materials used – The Film