The Red Light District: A Blog on the Possible Demise of Kodak

It was all over the internet yesterday – from bjp-online to twitter – and seeing it there, in black and white caused my stomach to hit the floor. Although this was the first time I had actually seen anything about it I have to say I had a gut feeling things weren’t good. I have been finding it harder to find film in the last few months, and sure enough reading about the situation last night, it seems Kodak’s problems were also in the news back in November.

The world is going digital, there can be no denying that. Companies that traditionally specialize in film and analogue have been struggling over the last ten or so years. But I honestly thought a corner had been turned. Any companies, products or dealers that were going to be lost have been lost. Those that have remained seem to have become stronger, to have consolidated in a more specialized market, picked up business from those that have gone. Obviously I was wrong.

I honestly have no idea what I will do. Right now the temptation is to hide under a duvet at a time when I am trying to preach to the world about the beauty of film, it’s depths and of the pleasure working in the darkroom brings. Photography to me is not just about the image, it’s about the process, the creation, the magic. It’s an art, and two of my tools may be taken away from me.

Is there an equivalent? For an artist to no longer be able to buy their favourite paint? For Adobe to stop making Photoshop? For reel to reel magnetic tape to no longer be available? For Canon to no longer sell the Eos? The destruction of all Stradivarius violins?

I have no idea.

All I do know is that I have only ever used Kodak T-Max 400.

I did try a couple of other films when I first started Black & White photography – Ilford and other Kodak films, but just didn’t get on with them. I also use Kodak HC-110 film developer and the loss of this would perhaps be an even bigger blow to me.

The combination of film and chemicals I use cannot be replicated – how they are used, the results that come about. They are my voice, the foundation of how I express myself through my work, the core of my end product. If these were not vital to me then perhaps I would have ‘gone digital’ years ago.

And would I try Ilford again? I suppose I’ll have to. I will have to stop being in denial and melodramatic. Life goes on.

Perhaps in a couple of hours alone under the duvet I will start praying to the gods of photography and all things creative that someone will buy Kodak and all their formulae and continue their production.

But right now? Just when I am preparing for my first major exhibition in twenty years? At a time when I want to be shouting from the roof tops about the virtues and beauties of film and analogue photography? Right now I feel betrayed, let down and melodramatic. Ready to abandon my photography with a dramatic ‘woe-is-me’ gesture. 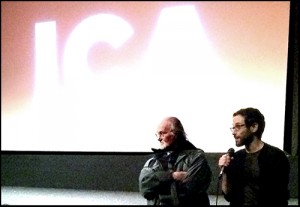 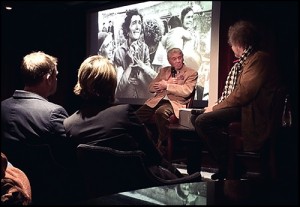 The Red Light District: A Blog On Celebration, Not Resentment

The Red Light District: A Blog on the Possible Demise of Kodak